We were recently invited along to work with the Welsh Masters Over 55’s Women’s Hockey squad to introduce them to sport psychology and get them thinking about how they could use different mental skills and strategies in their future competitions. Here’s what their Head Coach had to say:

“As a squad, we have to believe in ourselves and others; nothing is impossible. Nowhere does it say that underdogs cannot win.”

I have been part of the Welsh Masters set up for the past 4 years and when I was offered the role of coach of the Welsh 55s squad I jumped at the opportunity. This great bunch of players haven’t lost their love for the sport, in fact they want success just as much as anyone else (and a little bit more!). As a squad they have everything, skill, speed, strength, stamina, desire, friendship and respect. They have built this up over a number of years with previous coaches/managers. Myself and Matthew Knowles (55s Manager), want to take this squad to the next level and the only thing that as a squad we are lacking in is the collective belief of a winning mentality. So I decided to turn to my good friend, Ali, at ithinksport as I believed that she had both the knowledge and empathy to join us on this journey to success. In their first session with Ali I could feel the positivity being transferred from the pitch into the classroom. The players were totally engrossed, completed every task with enthusiasm (which was never really in doubt) and relived those moments in matches where a different mentality could have made all the difference. It’s not, however, too late. There are many more matches and tournaments to participate in, the first being our trip to Leicester next month, where we can put some of this into action. Belief is a wondrous thing if you have it but for those who don’t it can be damaging, both for themselves and their team mates. Our motto has to be “If we believe, we can achieve.” Hopefully, it will be that simple. Watch this space. 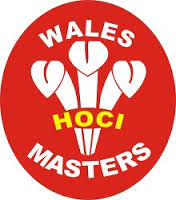